A Frederick, Md., mother wants to give her 3-year-old twin boys medical marijuana to help ease their severe seizures, and now she is working with state lawmakers to help make it happen.

Nicolas and Byron Deliyannis were born with a rare disorder called Miller-Dieker syndrome. It is a condition that is brought on almost daily seizures.

Their mother, Shannon Moore, says nothing her family and doctors have tried is helping her little boys.

“The medicines that they’re on, in addition to having really negative side effects, have really stopped working for them,” she says. 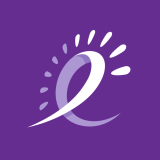